We got Comcast Sports Network to tweet out clues where the tickets might be hiding around the East Bay and tons of people would go a huntin'.  Crazy success. They ended up doing a couple more. For this one, they had around 300 tickets to give away, we thought they'ed be giving them away in other ways as well.  Nope. Turns out the interns that were hiding the tickets were putting like 10 tickets in each envelope, so needless to say, the word was out in Oakland. 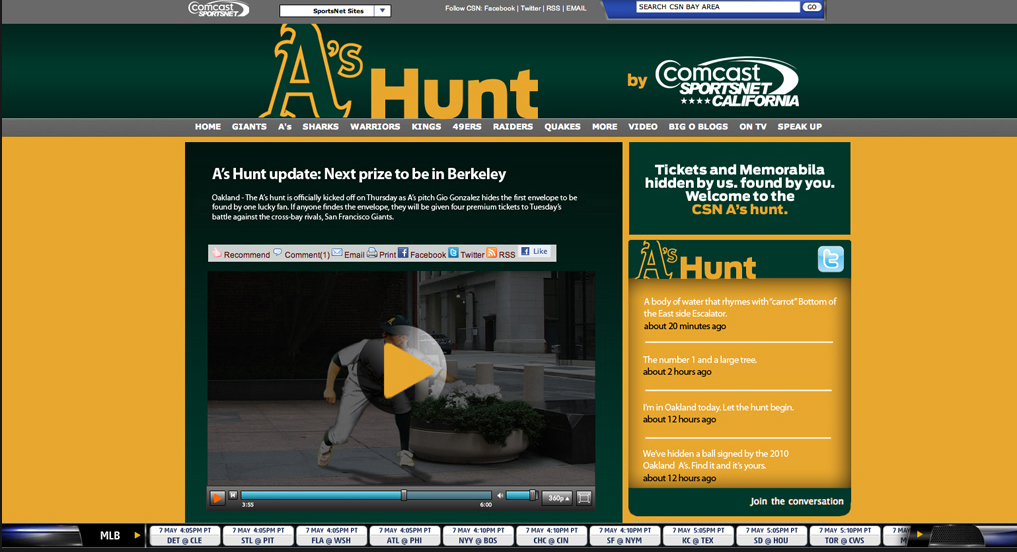